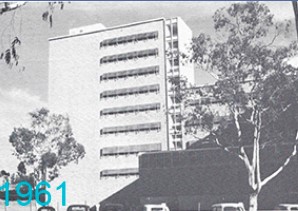 In 1961, the BRI had 67 members. Thirty years later, with 162 members it became clear that the BRI had outgrown its original space. Thanks to an unprecedented gift from the Goldschmied family, the Gonda (Goldschmied) Neuroscience and Genetics Research Center was constructed and in 1998 became the new home of the BRI and UCLA’s Department of Human Genetics.