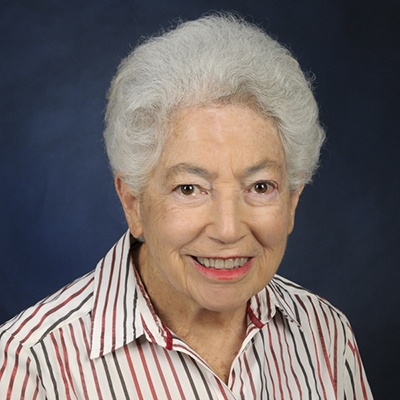 This past year, we all faced many challenges and setbacks. As the year was ending, many of us thought that 2021 was behind us. But even at the end the anuus horribilis reached out and struck down a member of our Neurobiology and UCLA family.

I’m sad to report that Anna Taylor, Professor Emerita of Neurobiology, died on the morning of December 30, 2021.

Anna Taylor was born in Vienna in 1933, immigrated to the United States and became a U.S. citizen in 1944.  She performed her undergraduate, graduate, and postdoctoral education at Case-Western Reserve University in Cleveland. It was there that she started her academic career in 1962,  followed by positions at Baylor and finally at UCLA in 1968 as an Assistant Professor in the Department of Anatomy (Neurobiology). Anna was a neuroendocrinologist who studied the effects of stress in its numerous manifestations (alcoholism, infection, developmental and traumatic brain injury) her entire career. Anna trained seven graduate students, and 19 postdoctoral fellows.  Her last CV, listed 142 publications, the last in 2013.

Anna, along with Roger Gorski and Art Arnold, was a founding member of the internationally renowned Laboratory of Neuroendocrinology of the BRI, a group of investigators that had gathered around Charles “Tom” Sawyer. The LNE met for a Brown Bag seminar each week and Anna was there.  She retired in 2009 but was recalled and continued to do research and teach in the medical school neuroscience course (Block 5).

I first met Anna as a newly-minted Assistant Professor assigned to teach Gross Anatomy to the dental students. That group included, in addition to Anna, Tony Adinolfi, Dean Bok, Gary Sieck, Guido Zampighi, and was chaired by Ron Harper.  We were later joined by Carolyn Houser and David Hovda.  Teaching gross anatomy is not the easiest assignment, but we had a great time. We were a tightly knit group that was never shy about pointing out mistakes or misstatements in lecture but always with a collegial  spirit.  We were all better teachers for it and the students recognized our camaraderie. We all, faculty and students, had a great time. My dentist, a student in that first class, still reminds me of how much fun we had.

Anna, was a competitor. Those of us that knew and worked with her experienced both her sharp elbows and her softer side.  She was a colleague, in the truest sense. Anna needed to be tough. During her tenure at UCLA she needed to generate her salary and carry a full teaching load. Although continuously funded by NIH, Anna was never rewarded with a FTE but remained “In Residence” her entire career. It was through the perseverance of women like Anna that the University slowly began waking up to their contributions. I will remember Anna, the scholar, the swimmer, the skier, and the biker. During my last conversation with her, Anna was very unhappy that she had had to cancel a bicycling trip in France  and would not be skiing this winter.  She will be a greatly missed colleague and friend.