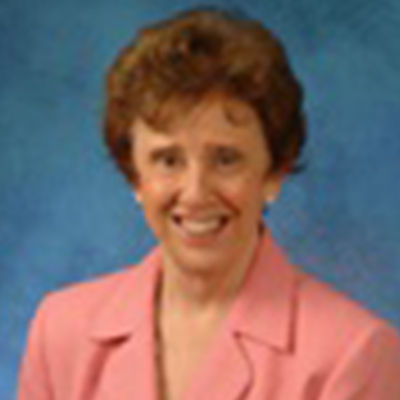 Debora B. Farber is a biochemist and molecular biologist who has been a faculty member of the UCLA School of Medicine since she joined the Department of Ophthalmology in 1977. She became a full professor in 1984, a Karl Kirchgessner Endowed Chair in 2001 and a Distinguished Professor in 2007. She has been Associate Director for Research of the Brain Research Institute (1992 -1994) and Associate Director of the Jules Stein Eye Institute as well as Co-Chief of its Vision Science Division (1994 – 2004). Dr. Farber earned her M.S. in Chemistry and her Ph.D. in Organic Chemistry at the University of Buenos Aires, Argentina. She was a postdoctoral fellow in the Chemistry Department, University of California at Santa Barbara, where she studied the cyclic nucleotide regulation of different processes. She started working on the retina and diseases affecting it when she joined UCLA, and soon thereafter she received a National Eye Institute Research Career Development Award. In addition to her continued support from NIH, Dr. Farber also was granted an NIH MERIT Award. She received the highest honorary degree, Doctor Honoris Causa, from the University of Göteborg, Sweden, the Proctor Medal from the Association for Research in Vision and Ophthalmology, and the “Marraine 2005” honorary title from L’Association Degenerescence Maculaire Liee a l’Age, France. She also was the recipient of the Louisiana State University School of Medicine Distinguished Lecturer Award for Outstanding Contributions to the Neurosciences, the Alcon Research Institute Award for Outstanding Contributions to Vision Research, The Foundation Fighting Blindness Trustee Award, the Paul Kayser International Award of Merit in Retina Research, two Research to Prevent Blindness Senior Scientific Investigators Awards and the Visionary Award from The Vision of Children Foundation. UCLA granted Dr. Farber the Woman of Science Award, the Franklin D. Murphy, M.D. Prize from the UCLA School of Medicine and the David Geffen School of Medicine MAA Medical Science Award. She is an Editorial Board member of several journals and has given Plenary lectures at national and international meetings. She also was elected Trustee and Vice-President of the Association for Research in Vision and Ophthalmology.