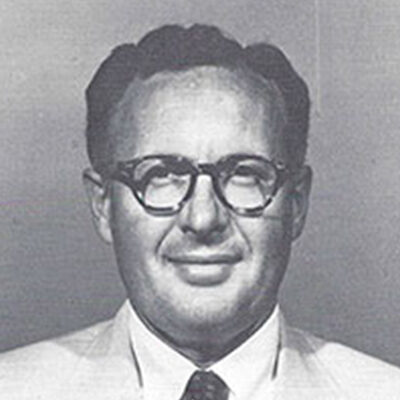 Dr. John Douglas French, “Jack” to his friends, was a distinguished neurosurgeon and investigator and the first Director at UCLA’s Brain Research Institute.

French was born April 11, 1911 in Los Angeles. He obtained his undergraduate degree from UCLA, and then received a medical degree from the University of Southern California in 1937. After internship at the University of California at San Francisco, and residency at the University of Rochester, he stayed at Rochester serving as acting head of neurosurgery. French spent 1947 at the Illinois Neuropsychiatric Institute, concentrating on neurophysiology and interacting with neuroscientists, in the new surgical program headed by Dr. Percival Bailey. In 1948 he became chief of neurosurgery at the Long Beach Veterans Administration Hospital (LBVAH), and a professor of anatomy at UCLA’s new medical school.

In 1950 H.W. Magoun, one of Jack’s Chicago contacts, was appointed UCLA professor and chairman of anatomy,  however research facilities on the Westwood campus were practically nonexistent. French facilitated the provision of research space for Magoun, and other colleagues including Donald Lindsley and Charles Sawyer. Soon, the LBVAH research group became highly productive and years before receiving Institute status from the Regents, the Magoun-French neuroscience group became known internationally as a leading center for research on the nervous system.