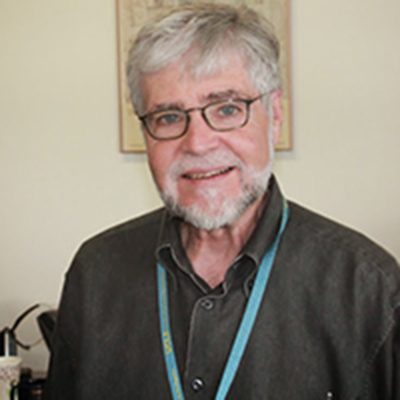 Neurophysiological mechanisms underlying neurodegenerative disorders. Our primary research interests are directed toward understanding the mechanisms underlying neuronal dysfunction in the basal ganglia and cortex in neurodegenerative disorders. The research consists of a multidisciplinary approach combining neurophysiological, morphological and molecular techniques. This research has evolved into several major projects: 1) Examining the physiological changes in mutant mouse models of Huntington’s disease, 2) Assessment of neuromodulation in the striatum as in pertains to Parkinson’s disease and assessment of new gentic mouse models of Parkinson’s disease and 3) Examining cellular cortical electrophysiological and morphological abnormalities occurring in children suffering from intractable pediatric epilepsy. The first area of research involves using mutant murine models of Huntington’s disease to understand how this neurological disorder physiologically affects cellular function. We study different types of mouse models, each with a unique part of the human Huntington’s disease gene inserted into the mouse genome. We examine physiological function and morphological changes in striatal and cortical neurons, the two primary areas affected in Huntington’s disease. The studies on neuromodulation have concentrated on examining interactions among receptor subtypes in the striatum and othe nuclei of the basal ganglia as well as new genetic models of Parkinson’s disease. These studies emanate from our initial observations that the direction of dopamine modulation of electrophysiological responses induced by activation of excitatory amino acid receptors is dependent upon the subtypes of excitatory amino acid and dopamine receptors activated. This observation could explain many of the inconsistencies in the literature concerning the modulatory role of dopamine in the striatum and other nuclei. One of the goals of these studies is to learn the rules that guide dopaminergic modulation, to identify their mechanisms and to examine how this modulation is altered in models of Parkinson’s disease to help design rational therapies for this disorder. The third area examines alterations in development of electrophysiological properties of human neocortical neurons. Pathological neocortical tissue is obtained from children suffering from pediatric epilepsy and undergoing surgery to alleviate intractable seizures. These experiments study “abnormal-appearing” neurons and they have shown that a population of neurons with altered voltage-dependent intrinsic currents and in some cases altered ligand-gated currents occurs.