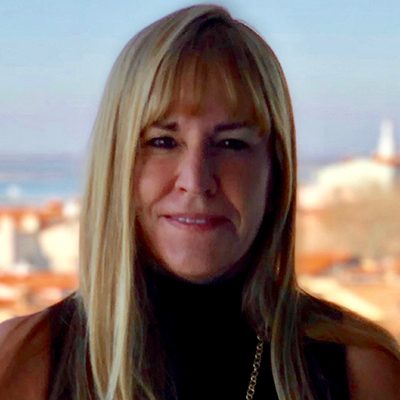 Dr. Dapretto is presently appointed as Professor in the Department of Psychiatry and Biobehavioral Sciences at UCLA. She received a Ph.D. in Developmental Psychology from the UCLA Psychology Department, with a minor in Behavioral Neuroscience. She then acquired expertise in neuroimaging methods as a postdoctoral fellow at the UCLA Ahmanson-Lovelace Brain Mapping Center and joined the faculty of the UCLA Semel Institute for Neuroscience and Human Behavior in 1999. Capitalizing on her dual training as a developmental psychologist andn neuroscientist, Dr. Dapretto’’s research combines neuroimaging, behavioral, and genetic data to better characterize typical and atypical brain function from infancy to adulthood. Her work has been published in prestigious scientific journals such as Neuron, Nature Neuroscience, JAMA Psychiatry, Psychological Science, and Child Development .

Supported by numerous awards by private foundations as well as the National Institute of Health (NIH), over the past 20 years, Dr. Dapretto has conducted cutting-edge research elucidating the neural correlates of core deficits in autism spectrum disorder (ASD). Since 2007, as part of the NIH-funded Autism Center of Excellence (ACE) at UCLA, Dr. Dapretto has led the imaging projects in youth with ASD. These include an ongoing multimodal study in infants at high risk for ASD aimed at identifying y biomarkers of ASD in the first year of life to ultimately inform the earliest possible interventions. Her current research on autism is also supported by a multisite NIH-funded ACE Network examining gender differences during the transition from adolescence to young adulthood in a large balanced sample of boys and  girls with ASD, as well asby another NIH-funded study seeking to parse the incredible heterogeneity observed across individuals with an ASD diagnosis in order to guide more personalized and efficacious treatments.

In addition to her research on autism, Dr. Dapretto has long been interested in neurotypical development. Some of her early work focused on characterizing the neural basis of language processing, including some pioneering studies that examined developmental changes in the neural networks subserving language learning  from childhood through adulthood. Dr. Dapretto has also conducted many studies on the neural correlates of key issues in adolescence (e.g., social exclusion, self concept development, social media influence). Currently, Dr. Dapretto is involved in the NIH-funded Adolescent Brain Cognitive Development(ABCD) study, a large-scale multisite consortium on neurodevelopmental and behavioral predictors and consequences of substance abuse from late childhood through adolescence. Dr. Dapretto is also site PI on another NIH-funded multisite project – the Lifespan Human Connectome: Development (HCP-D) – a study that aims to characterize the development of functional brain networks and brain-behavior relationships from childhood to young adulthood, with particular emphasis on adolescence as a key developmental transition.

Dr. Dapretto is a dedicated mentor and educator who feels passionate about raising the next generation of neuroscientists. In 2018, Dr. Dapretto received the departmental Research Mentor Award in recognition of her outstanding mentoring record and dedication to her trainees who ahve been consistently successful in securing prestigious pre- and post-doctoral fellowships as well as numerous dissertation awards. Dr. Dapretto has been affiliated with the Neuroscience Interdepartmental Ph.D. Program for almost 20 years, serving on its Admission, Advising, and Curriculum Committees. For over a decade, Dr. Dapretto also played a key role in the UCLA Center for Culture, Brain, and Development, an educational program focused on interdisciplinary training across traditional separate disciplines (i.e., anthropology, neuroscience and psychology). Dr. Dapretto has also been a participating faculty member in the NIH-funded training programs in Advanced Neuroimaging and Neurobehavioral Genetics. Currently, together with Drs. Fuligni and Galvan, she directs another NIH-funded training program designed to train graduate students on brain and behavioral development during adolescence.

At UCLA, Dr. Dapretto is affiliated with the Brian Research Institute (BRI), the Center for Autism Research and Treatment (CART), the Center for Cognitive Neuroscience (CCN), the UC Consortium on the Developmental Science of Adolescence, and the Intellectual and Developmental Disabilities Research Center (IDDRC) for Translational Research in Neurodevelopment. Lastly, Dr. Dapretto is a member of the International Society for Autism Research, the Organization for Human Brain Mapping, the Society for Neuroscience, and the Flux Society.