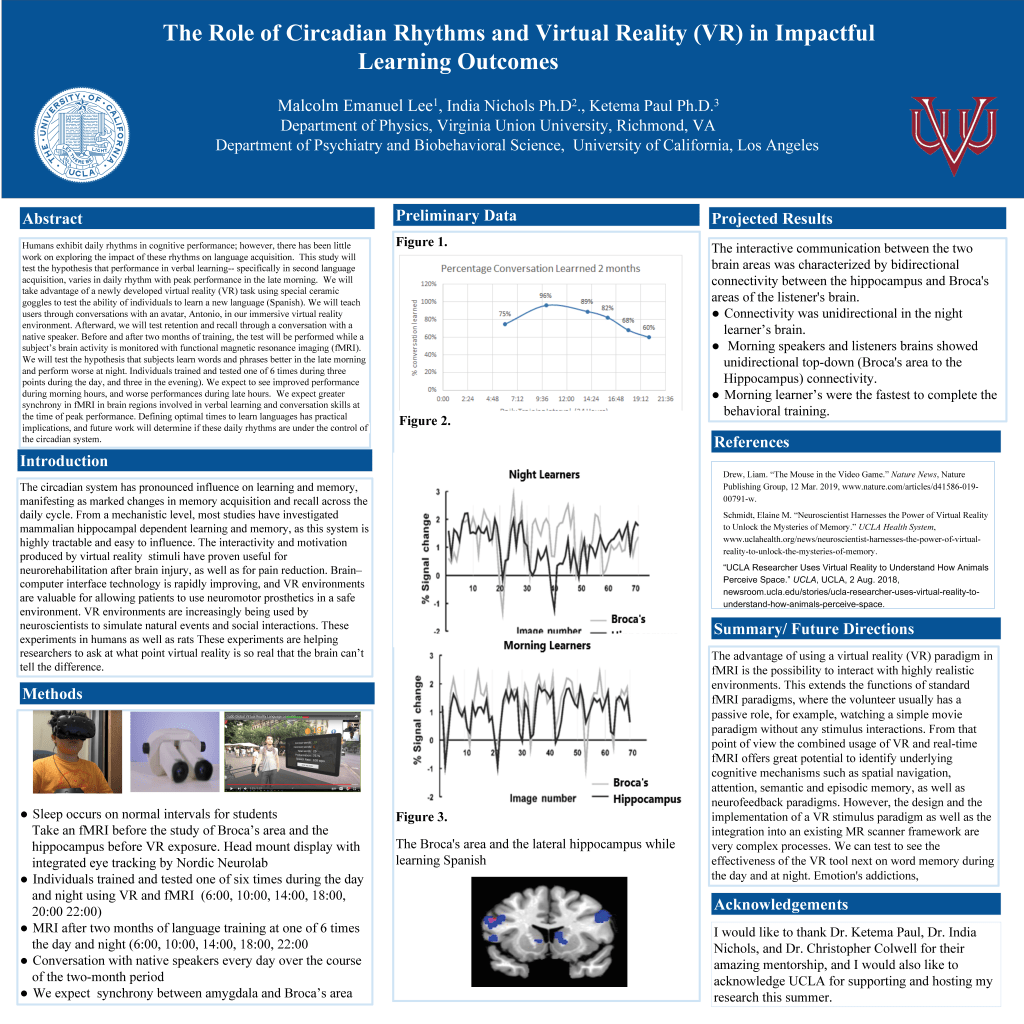 Humans exhibit daily rhythms in cognitive performance; however, there has been little work on exploring the impact of these rhythms on language acquisition.  This study will test the hypothesis that performance in verbal learning– specifically in second language acquisition, varies in daily rhythm with peak performance in the late morning.  We will take advantage of a newly developed virtual reality (VR) task using special ceramic goggles to test the ability of individuals to learn a new language (Spanish). We will teach users through conversations with an avatar, Antonio, in our immersive virtual reality environment. Afterward, we will test retention and recall through a conversation with a native speaker. Before and after two months of training, the test will be performed while a subject’s brain activity is monitored with functional magnetic resonance imaging (fMRI). We will test the hypothesis that subjects learn words and phrases better in the late morning and perform worse at night. Individuals trained and tested one of 6 times during three points during the day, and three in the evening). We expect to see improved performance during morning hours, and worse performances during late hours.  We expect greater synchrony in fMRI in brain regions involved in verbal learning and conversation skills at the time of peak performance. Defining optimal times to learn languages has practical implications, and future work will determine if these daily rhythms are under the control of the circadian system.