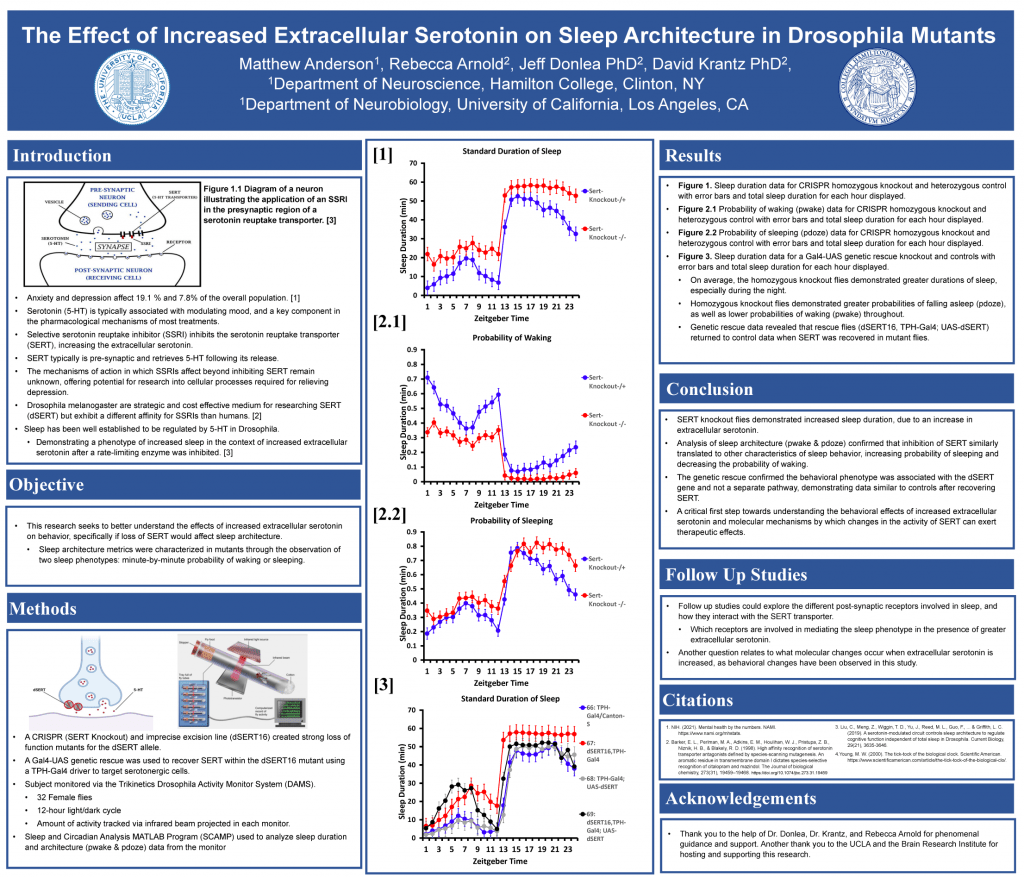 Serotonergic signaling represents a fundamental component in an understanding of mental illnesses such as anxiety and depression. The serotonin reuptake transporter (SERT) acts as the primary mechanism for clearing serotonin from the extracellular space, and SERT inhibition is currently the largest pharmacological target for antidepressant and antianxiety medications. Serotonin is well established to regulate sleep behavior and increases in flies have been shown to elicit greater durations of sleep. This research seeks to better understand the effects of increased extracellular serotonin on behavior, specifically if loss of SERT would similarly affect sleep architecture. The sleep architecture was characterized in mutants through the observation of two separate sleep phenotypes: probability of waking or sleeping. The Drosophila melanogaster SERT allele (dSERT) was mutated through both the use of CRISPR (SERT -/-) and imprecise excision (dSERT16) to create strong loss of function mutants for the allele. Subject behavior was monitored through the Drosophila Activity Monitoring (DAM) System, recording activity with monitors from individual flies maintained in sealed tubes. The dSERT mutants demonstrated increased sleep durations and likelihood of sleeping, as well as decreased odds of waking. These behaviors were partially rescued in heterozygous flies. Genetic rescue experiments of the dSERT16 gene using the Gal4-UAS system were performed to confirm whether phenotypic differences in behavior were linked exclusively to the SERT allele. This work provides information critical for understanding the behavioral effects of increased extracellular serotonin and mechanisms of action for antidepressant drugs, which to date remains unknown.